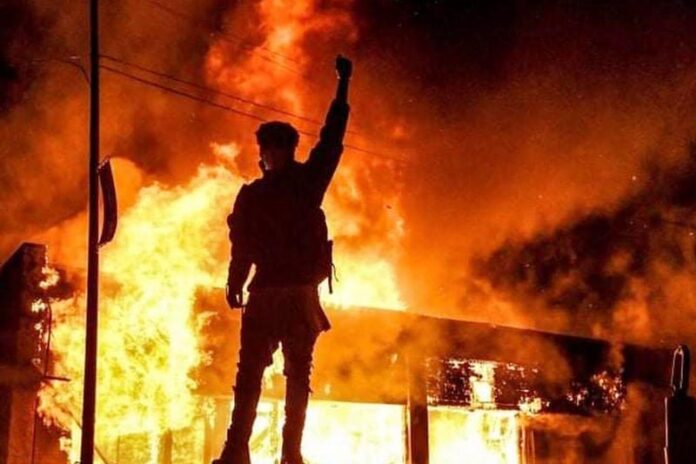 On Monday night the 28th of June violent protests erupted in Swaziland which led to security forces been deployed into rural areas.

It was still in full swing on Tuesday evening and no one knows until when it will carry on.

The violent pro-democracy protests are in multiple communities. According to political opposition groups, soldiers and police officers conducted raids in Matsapha in response to the demonstrations, shooting several people. Protesters reportedly responded by setting multiple buildings on fire. Additional soldiers are reportedly deploying into Siphofaneni. Activists claim police officers also used live ammunition in Msunduza on the evening of June 28. Further security operations are likely over the coming days, along with protests and clashes with demonstrators. Heightened security measures, as well as business and transportation disruptions, are almost certain near any demonstration site.

Pro-democracy demonstrations escalated in Eswatini on June 25, when marches took place in over 10 locations, mainly in rural areas, despite a government ban on demonstrations. Police used tear gas and live ammunition to disperse the crowds. Protests continued on June 26, resulting in further violence between security forces and demonstrators in multiple areas, including Msunduza, Lugongolweni, and Siphofaneni. Protesters reportedly set buildings and vehicles on fire, completely closing roads to some areas. Early on June 29, media sources reported that King Mswati III fled the country due to the protests, but the government has not responded to the claims. The reports may encourage more people to participate in the demonstrations which may expand into other areas across the country.

Advice that was given to the people of the communities: Avoid any demonstrations due to the potential for violence. Seek updated information on protests as organizers may not announce specific plans in advance. Plan for localized transport disruptions; check road conditions before intercity travel. Allow additional time to reach destinations. If violence occurs nearby, immediately depart from the area and seek shelter in a non-governmental building. Heed to all official security and transport advisories.

On Tuesday evening the 29th of June, Eswatini’s prime minister denied that King Mswati III had fled to South Africa following clashes between the security forces and demonstrators. Pro-democracy protests intensified overnight in the country, formerly known as Swaziland, with government buildings, shops and trucks set alight. The 53-year-old king, who came to the throne 35 years ago, rules by decree. His critics accuse him, and his 15 wives, of leading a lavish lifestyle and treating opponents harshly.

His private plane was reported to have taken off from Eswatini, which is a landlocked country smaller than the US state of New Jersey, on Monday night. But acting Prime Minister Themba Masuku appealed for calm in Africa’s last absolute monarchy, saying such reports were untrue. “Following the false media reports circulating, I would like to take this opportunity to assure the emaSwati and the international community that His Majesty King Mswati III is in the country and continues to lead in working with the government to advance the kingdom’s goals,” his statement said.

No more tolerance for driving under the Influence

The day Children made Themselves Heard