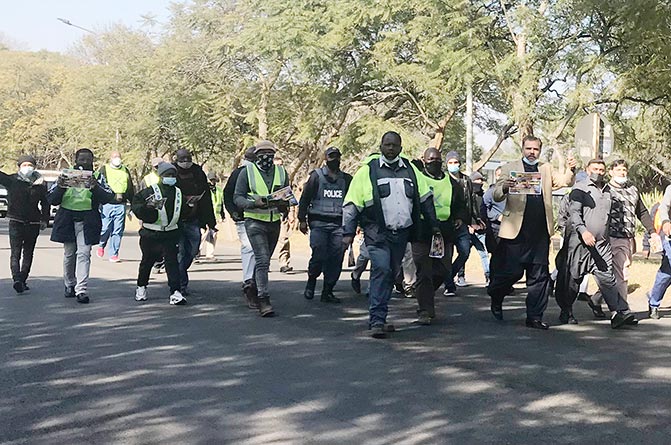 The group started at Mall@Mfula, walked through Church Street and ended at the Mkhondo Taxi Rank.

The recent violent riots and looting in South Africa have caused billions of rands of damage, several people have lost their lives and it has even caused a shortage of every day necessities such as fuel and food.

Residents of eMkhondo have decided that they will not partake in any pillaging, damaging of property, theft or violence. They have decided to join hands and protect the town.

Posters were also put up in shop windows to spread the word that destructive behaviour will not be tolerated in this town. Thus far, there have been no incidents of violence reported in Piet Retief and hopefully it will remain this way.

It seems that the residents of town understand that damaging and looting businesses will only affect them negatively in the future and it’s not worth it.

Some other towns in South Africa can learn a thing or two from us!

A repair now a hazard